In Los Angeles, celebrities walk among us. They are shrouded in hats and oversized sunglasses, often using the back entrance or being driven by some car service to avoid recognition. Despite the high density of celebrities in a single city, they are actually quite hard to find. If you want to accidentally rub shoulders with Hollywood’s elite, you have to go to Crossroads. Run by celebrity chef Tal Ronnen, this vegan fine-dining establishment has been graced by countless entertainers who all crave a taste of impeccable plant-based dishes. Vegan or not, Ronnen’s cooking has won over everyone from Jane Fonda to Paul McCartney. We had to know: what makes Crossroads the ultimate celebrity attraction? Here’s what we found.

Famous or not, diners enjoy five-star service sitting in front of pristine white tablecloths, but the pretension ends there. Crossroads’ menu is a replica of any other reputable hotspot you’ll find in LA (minus the animal products). Exquisite appetizers, exceptionally prepared vegetables and beautifully prepared desserts complement the homemade pastas and hearty protein dishes.

“Introducing non-plant-based diners to our style of cooking is a really great feeling. A lot of times people get dragged into a restaurant by a friend and don’t know what to expect, and it’s always the carnivores diehards who become lifelong fans of our food and regulars at the restaurant,” Ronnen explained. 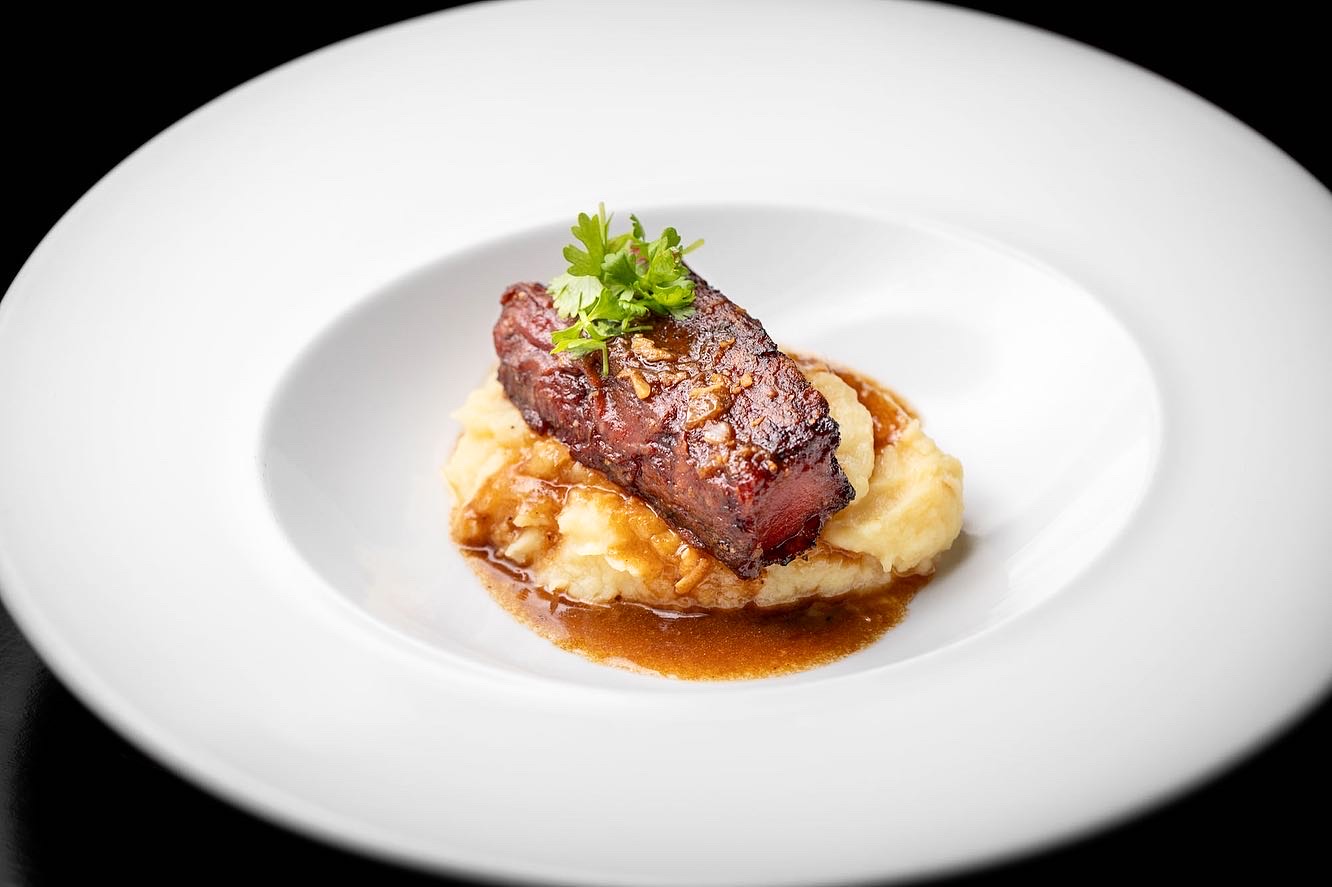 The selection is vast, which may explain the restaurant’s regular customers – you have to visit multiple times to try everything. Or, in Lizzo’s case, bring a friend. The artist was spotted with Shaun T. here, and we’re wondering…did they order the Impossible Cigars served with Almond Yogurt or the Stuffed Zucchini Flowers for their appetizer? Did they share the classic Caesar salad before slicing it into a thick Sicilian-style pizza with Buffalo mushrooms, or did they choose to share plates of Spicy Rigatoni vodka and lentil tempeh piccata? We’ll have to watch their social handles closely to find out. 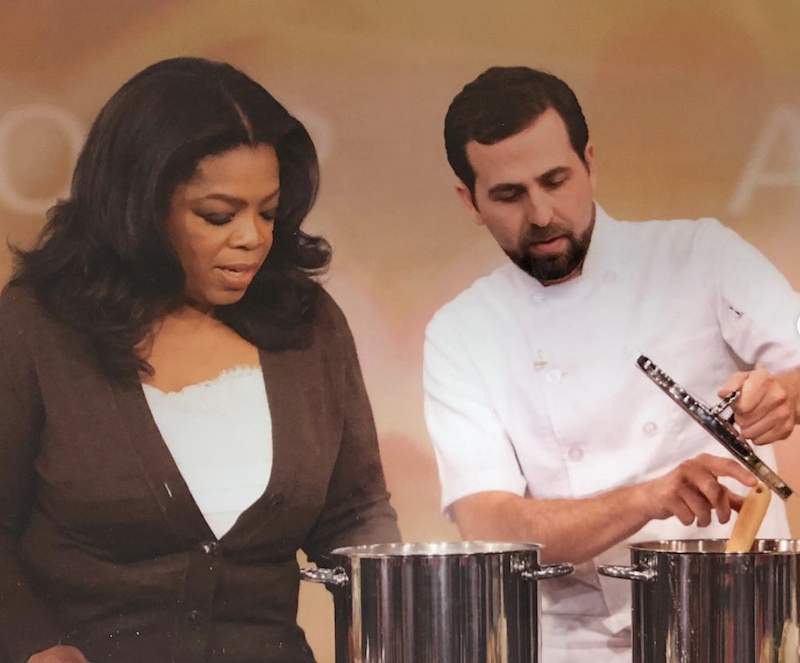 Owner and chef Tal Ronnen has a resume that demands attention. He developed the dishes for Oprah Winfrey’s 21-Day Cleanse and hosted star-studded events, including Ellen DeGeneres and Portia de Rossi’s wedding and even the US Senate’s first vegan dinner. He also created plant-based menus for all restaurants at Wynn’s Las Vegas hotels (owner Steve Wynn is a vegan himself).

When asked why Crossroads has such a celebrity attraction, Ronnen posited, “Hope the good food! But more importantly, we are committed to respecting people’s privacy, and I think that’s definitely a draw. When we opened we had a huge problem with the paparazzi every night so we built a garage in the back where our VIPs can walk in and not be photographed. We also have a private dining room that guests who wish to use regularly in complete privacy.

While you might not see Katy Perry or any of the Kardashians come to Crossroads and ask the host to sit down, you can definitely enjoy your meal knowing you could be breathing the same air in circulation. .

Ronnen is extremely touched by his impressive clientele but also honored by all who choose to dine at his establishment. “We are so grateful to everyone who supports the restaurant, whether they are a celebrity or not. At the end of a long night, it feels good to have fed so many people,” he said. . 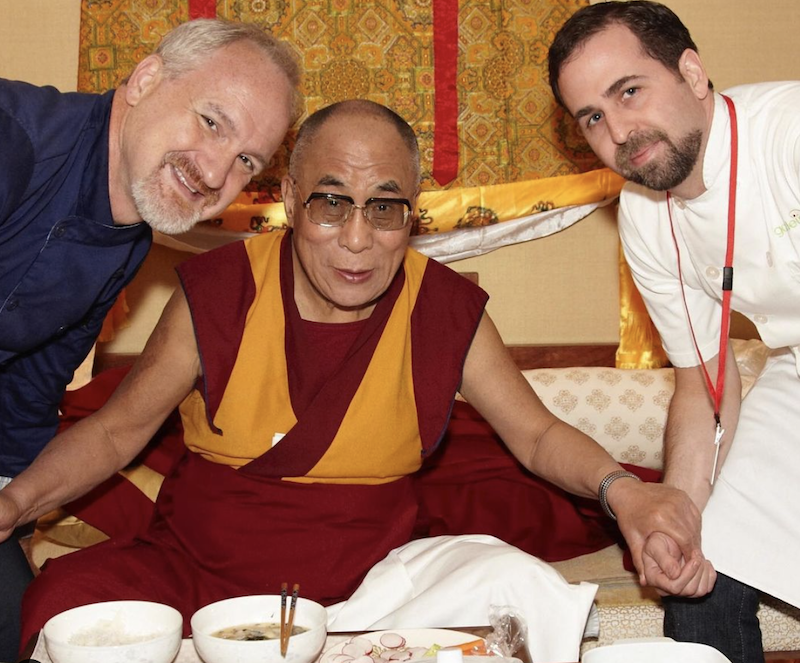 Given how many celebrities dine and return to Crossroads, Ronnen might consider adding another level to his setback parking lot. Travis Barker and his wife Kourtney Kardashian, who have named Crossroads among their favorite dinner destinations in Los Angeles, are just a few of the distinguished guests who have graced this space. Other notable guests include Kevin and Harley Quinn Smith, Alicia Silverstone, Addison Rae, Paul McCartney, Jay Z, Beyoncé, Ellen DeGeneres, Tobey Maguire, Joaquin Phoenix, Rooney Mara, Miley Cyrus, and more.

The restaurant has also received acclaim from celebrity chefs thanks to the Food Network. Fellow Los Angeles chef, restaurant owner and Food Network personality Michael Voltaggio chose Crossroads as the charity restaurant of choice in the network competition. Tournament of Champions this last spring. Voltaggio secured a $10,000 donation for Crossroads by winning the first round of the contest.

A vegan empire in the making

Crossroads has cemented its reputation as the vegan dining destination in Los Angeles, and now Ronnen is expanding the fan-favorite institution with two new locations. Earlier this year, just in time for Memorial Day weekend, Crossroads Kitchen debuted as part of Resorts World Las Vegas, officially becoming the first vegan gourmet restaurant on the Las Vegas Strip. The grand opening came just a month after the restaurant announced a new location in Calabasas, California, a city known for its famous residents. Calabasas’ menu will take inspiration from its location in Melrose with dishes such as stuffed zucchini blossoms, beet tartare and homemade pastas such as tagliatelle bolognese and fettuccine and truffles.

Ultimately, everyday people and celebrities alike seek comfort and taste when they choose to dine out, and Crossroads caters to both. “We strive to make everyone feel welcome, no matter who they are. We have no dress code, and although we are a white tablecloth restaurant, it is a fun and relaxed atmosphere. Our food appeals to everyone, plant-based or not,” Ronnen concluded.

Want to know more about Carrefour? Pick up our 2021 Summer Cooking Issue with an in-depth review of restaurants in the Los Angeles hotspot!
Subscribe here

Tanya Flink is a digital editor at VegNews as well as a writer and runner living in Orange County, California.

JUST LAUNCHED!
Vote for the 2022 awards for the best vegan ice cream in the United States.

JUST LAUNCHED!
Vote for the 2022 awards for the best vegan ice cream in the United States.