What was your first restaurant job?

I always cooked at home for friends or for religious events, but in the early 1980s my best friend and I teamed up to run Picca-Deli in Old Town Alexandria. We were a lunch deli serving classic sandwiches with roasted meats that we prepared in our home kitchens and sliced ​​at the deli. My first solo adventure was Charlie Chiang’s Kwai at the domestic airport. I ran this franchise from 1997 to 2006, where I also started cooking Korean dishes such as bulgogi and bibim bap.

What is the key to working well as a family?

Brutal honesty and communication. My son, Danny [Lee], and I opened Mandu in 2006. The first year was difficult because we had never worked so closely together in such a busy environment. We were both too scared to criticize each other and held ourselves back, which ended up exploding each of us. We had a serious discussion one day about the future of our business and, more importantly, our relationship. Since then, we’ve communicated everything openly, which has really helped us get to where we are now. It’s funny, but opening a restaurant together has brought us closer, when most people say otherwise.

How do you treat yourself after a long day at work?

I play the piano. I did graduate school at the University of Illinois for piano and music composition, so piano has always been a passion of mine. 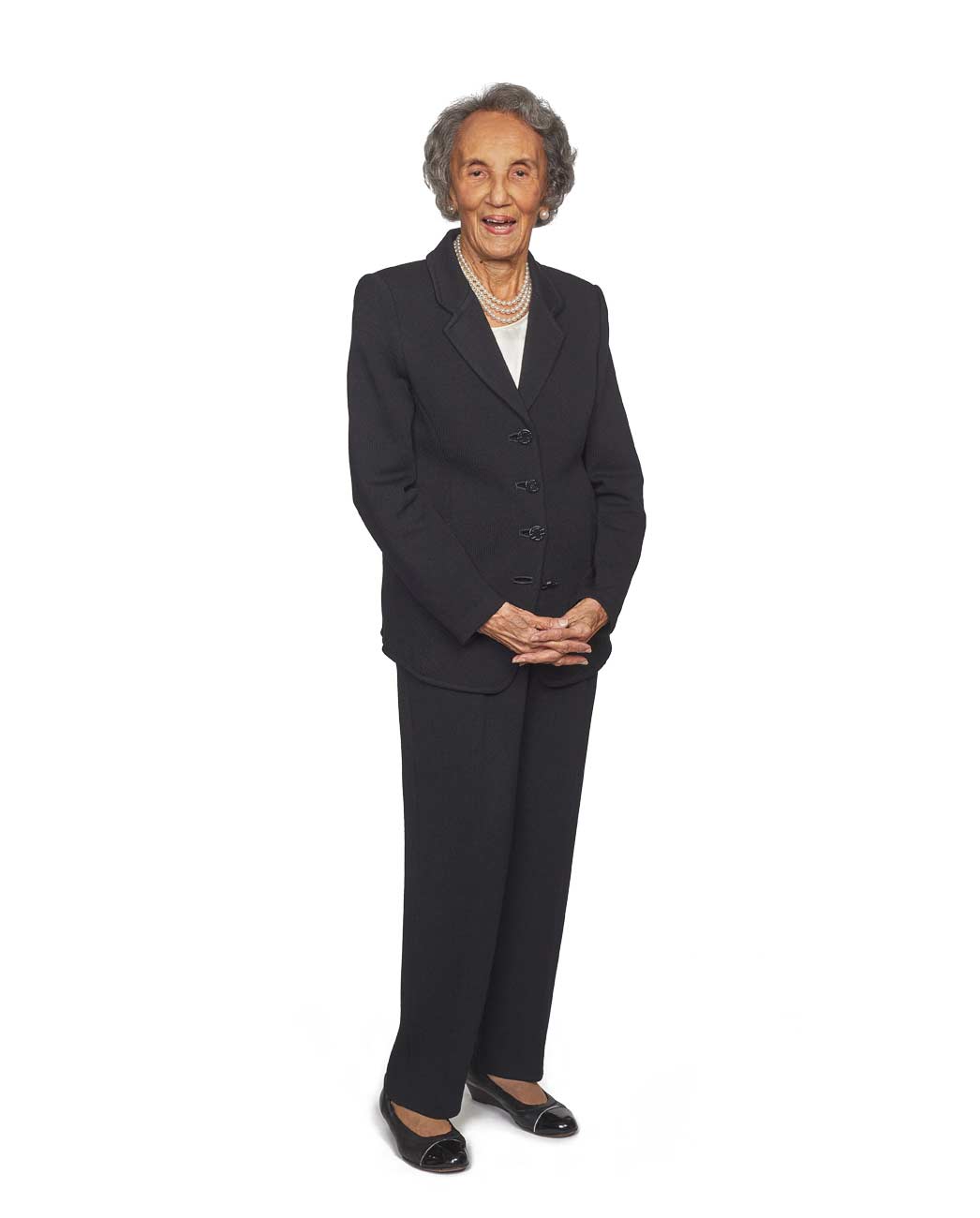 Who made you want to get into the restaurant business?

My husband [Ben Ali] got his college education working in restaurants. When we were engaged, he wanted to open a small restaurant. I thought that was a good idea. I had no experience, but I learn quickly. I knew I had to find the perfect place. We were under segregation, so we watched Black Broadway, which is U Street. We thought if we could be near Black Broadway we would be fine. It was considered the center of entertainment for African Americans during segregation. Our building was next to the Lincoln Theater. We found everything we needed in the community: the architect, the plumber, the electrician. That’s how we got started, and those companies supported us. You could call the plumber at 3 a.m., and he was right there.

What lesson did you teach your kids about running a restaurant?

It is a commitment. And it’s like your kids: no one loves your business like you do. Whatever happens, you have to make it work. If we were to give up our apartment and build a shower in the back of the restaurant, we would. We didn’t have to, luckily.

What is the key to longevity in a family business?

Longevity comes from serving your community and serving it well. And let your community know you’re there to support them, just like they’re there to support you, we’ve learned in 63 years. Imagine going through the civil rights movement. Dr. King dropped by from time to time. And then in ’68, with the assassination, the community was literally destroyed – no one touched Ben’s Chili Bowl during the looting and burning. People just came to support us. We were there long enough to witness the first African American President, and one of his first outings was Ben’s Chili Bowl. 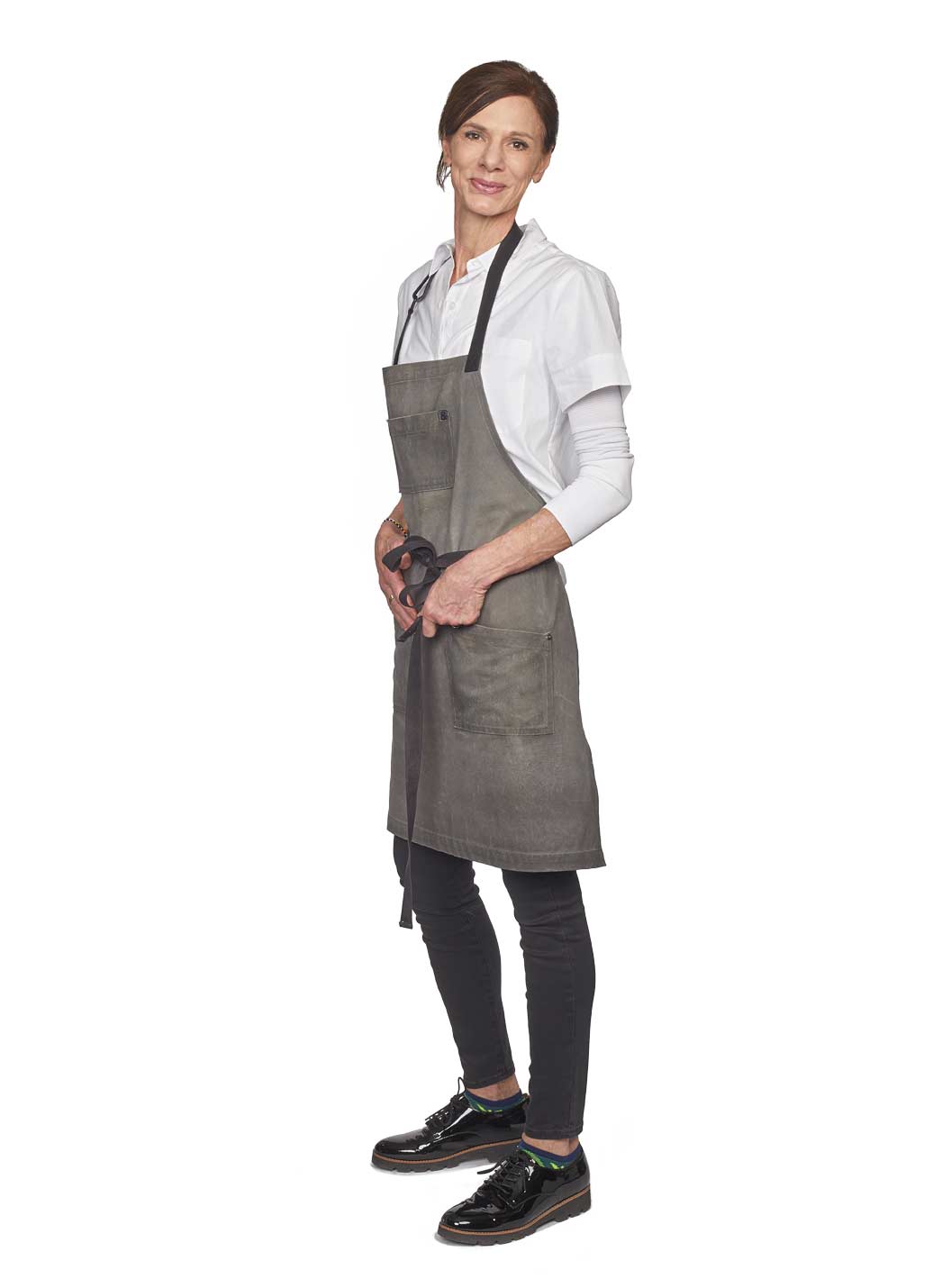 What was your first job in the hotel industry?

I come from a family where if you wanted something you had to work for it. At 16, I worked at Taco Bell in a small town outside of Columbus, Ohio. This was back when we had to come in and fry the tortillas, season the meat and grate the cheese. It was very different.

What prompted you to get into the food industry?

It came from a need to reorganize myself. In 1985, my husband and I opened Zap Copies + Communications. It was the first place where you could rent an Apple computer and pay to send a fax. We did for a while, but the need went down in the 90s. I was like, now what do I do? I have owned my own business since I was 24 years old. I know how to cook. So I talked to my husband about revisiting an idea we had years before, opening a cafe. As he is an architect by trade, it was an easy thing to set up. And the rest is history! Baked & Wired opened in April 2001.

That our children grew up in this crazy [hospitality] world, went to college, worked in their fields, and wanted to return to DC and be a part of this company and help us grow beyond where we are. My husband and I couldn’t have done it alone. The fact that your children want to work with you is the most amazing thing. 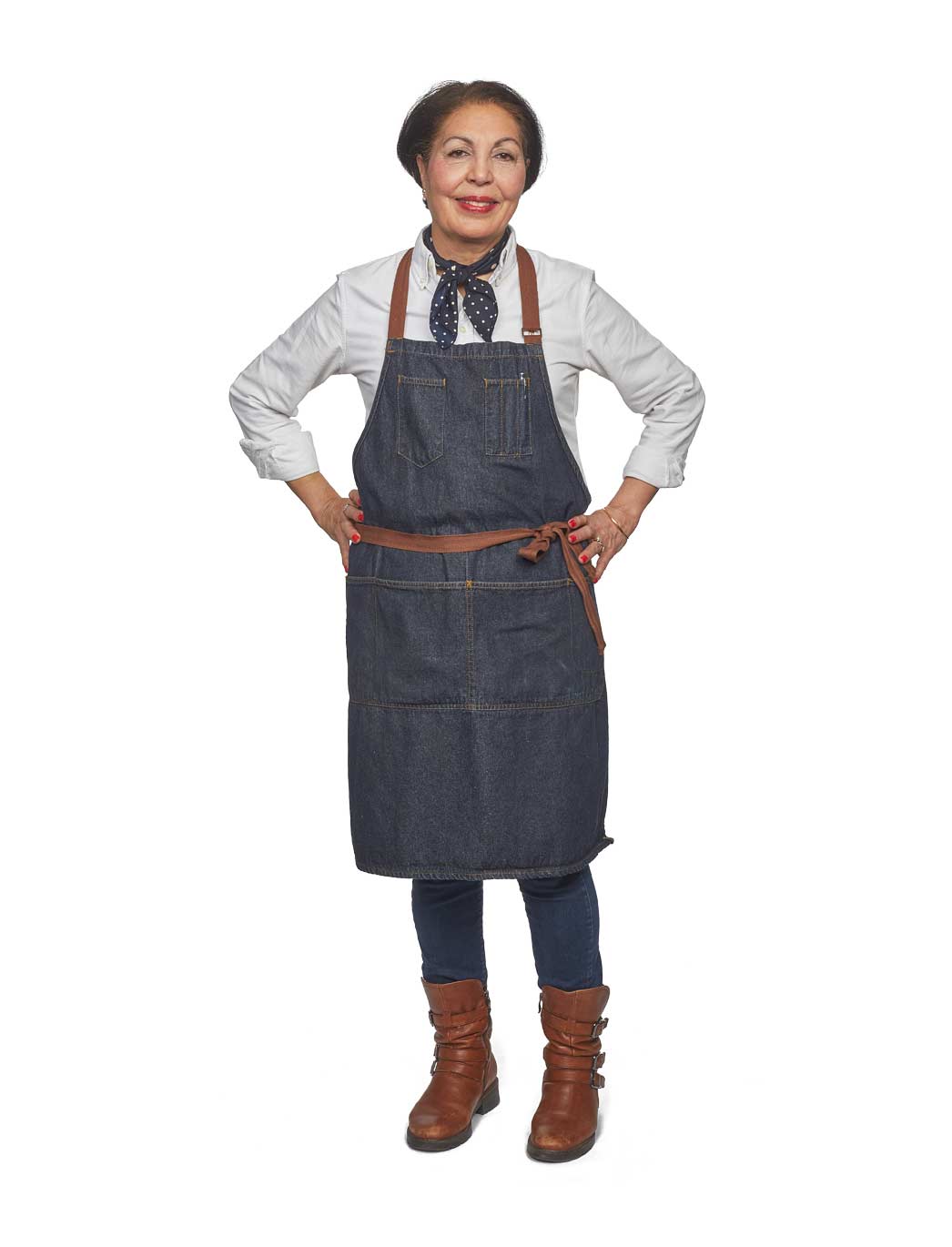 What was your first job in the hotel industry?

My first job was in our own restaurant, Café Bonaparte [now Lutèce, in Georgetown]. I started creating menus with the family. It was a French restaurant, and people thought I was French too. I am Afghan, I am opening a French restaurant. Our kids wanted to make a creperie, but we created our own toppings with Afghani spices.

What is the most important lesson you have learned in a family business?

Employees should feel part of the family: listen to them, take care of them, make them feel part of us. We have employees who have been with us since day one, when we opened Café Bonaparte in July 2003.

What is the moment you are most proud of so far in your career?

I have so many, but especially the time we opened [a restaurant], Cafe Bonaparte. We were all so nervous and all so passionate about hospitality. My husband [Zubair Popal] was with Inter-Continental Hotels. When we opened we saw a happy guest and a queue outside for brunch. I was so proud. I still feel proud every day.

Head/co-owner of Thip Khao in Columbia Heights, Hanumanh to Shaw, and Padaek in the church of the falls 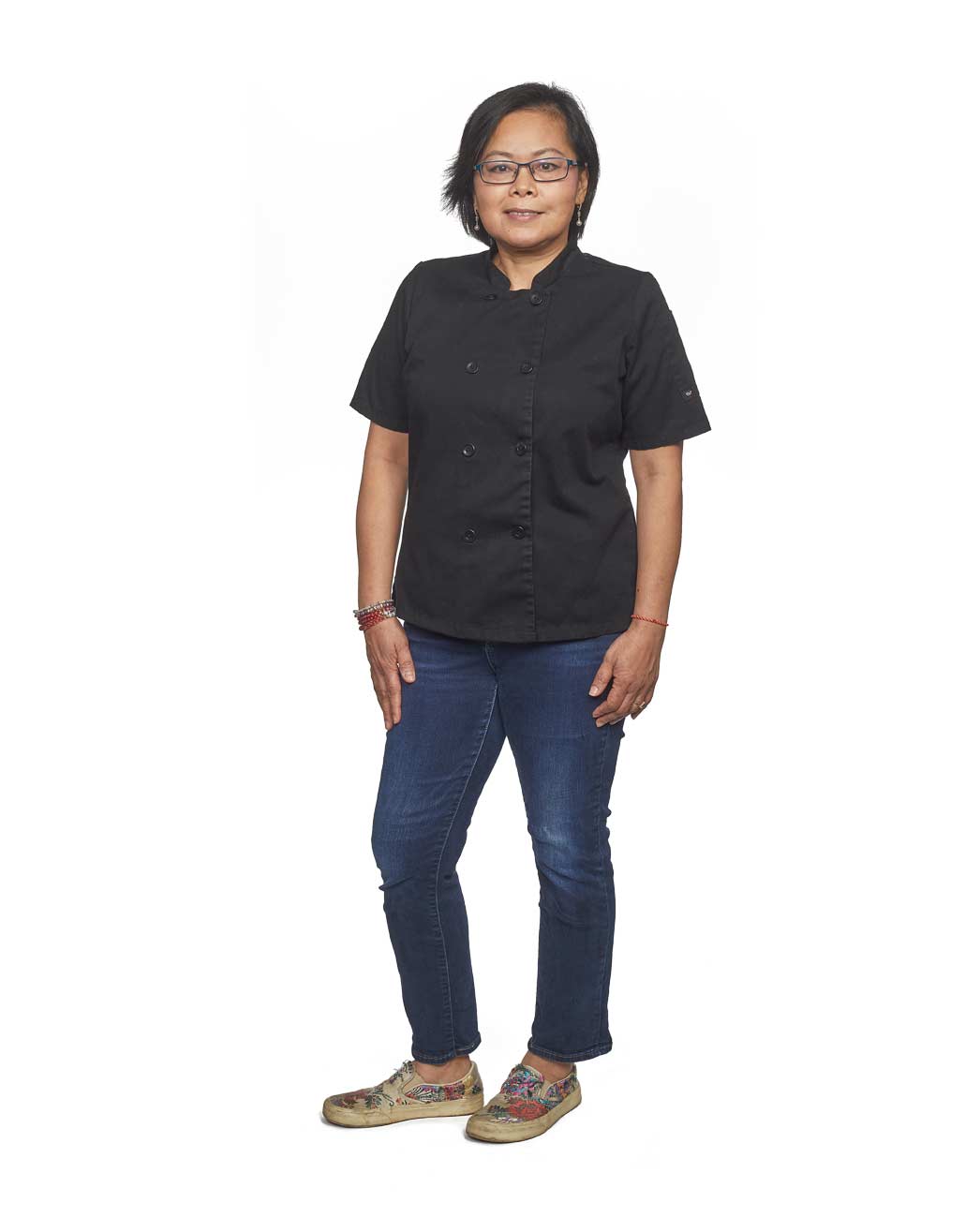 Who are your mentors?

My grandmother taught me how to make simple Lao dishes at home, while my mother showed me how to steam sticky rice. Friends taught me how to cook when we were in refugee camps [in Thailand]. Now that I have my son [chef Boby Pradachith] involved in the business, and seeing it really grow, is an invaluable moment for me. If he never joined, the future of our restaurants would not be long.

What lesson would you tell your children that you wish you had known in the beginning?

Learn how to run the business professionally and strategically as I joined with just experience.

What’s your favorite way to pamper yourself after a long day at work?

I love spending time alone at home with a cup of coffee and spending time with our dogs. I like to hike or take long walks with my best friend. I believe keeping myself in a small circle of people helps relax my mind and body. 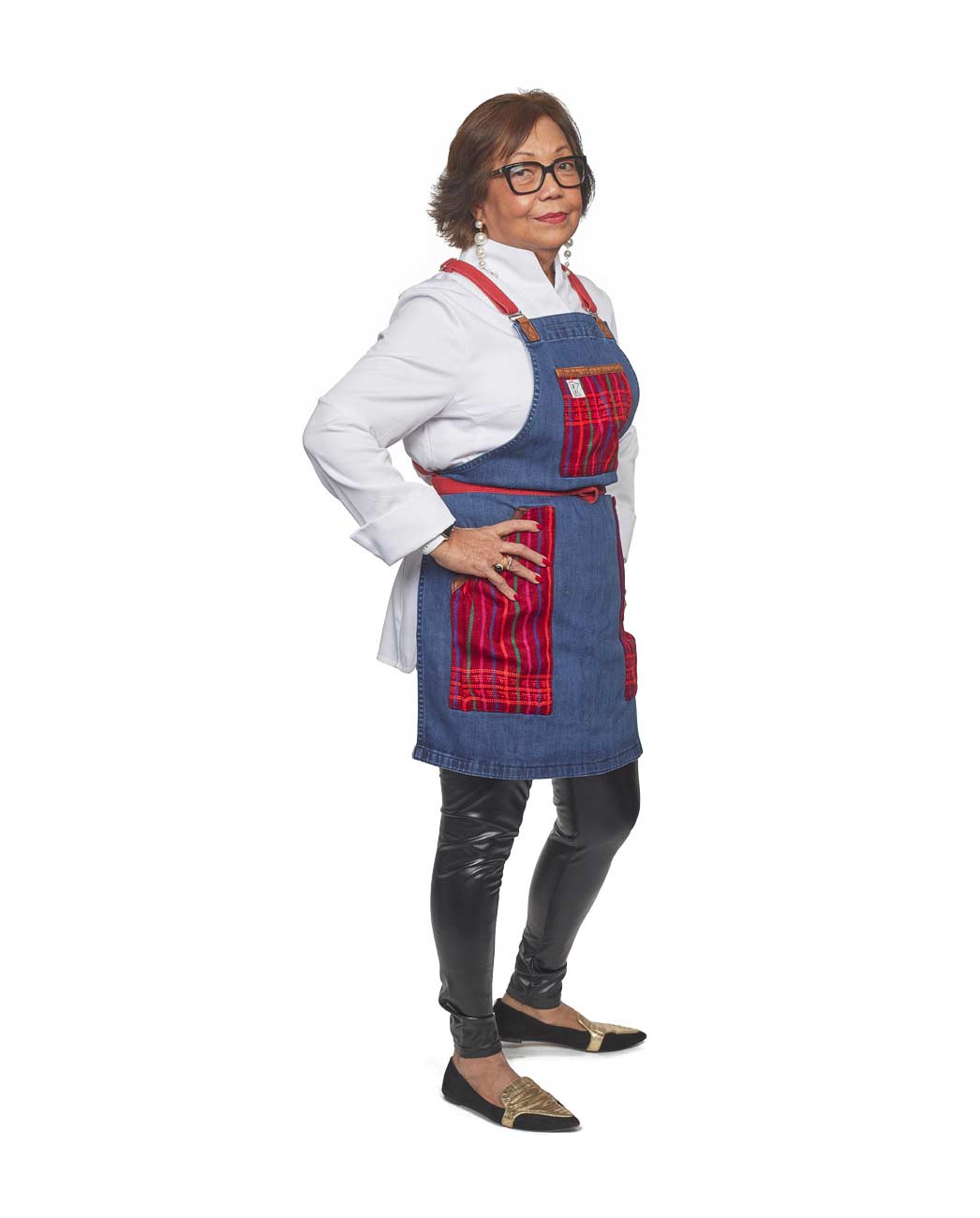 Who taught you to cook?

I learned by watching the cooks in my neighborhood in Burma. Some were so skilled that they could create ten completely different dishes using the same humble proteins and vegetables – just one pot, one spoon and one open fire. Although I never mastered the techniques, I learned from an early age to glean the flavor of wild herbs, or by lighting a small wood fire.

Who made you want to get into the restaurant business?

My daughter Simone [Jacobson] and I’ve often talked about one day opening a business together. When I retired from teaching [at Duke Ellington School of the Arts in Georgetown]it was the perfect time in our lives to make that dream a reality. We opened Toli Moli with our business partner Eric Wang six years ago, and it was a 100 square foot falooda stand inside Union Market.

There is not a moment for me. I’m so proud of how Eric, Simone and I have put our heads, hearts and souls into opening first a falooda shop, then a bodega, then the only Burmese restaurant in Washington DC, in so little time. time. It’s been the hardest job I’ve ever had, but every delicious dish, every happy guest, and every compliment the team receives for their hospitality makes me burst with pride.

Head/co-owner of peter chang in Arlington and Rockville, Mom Chang at Fairfax, Q by Peter Chang in Bethesda and Nihao in Baltimore 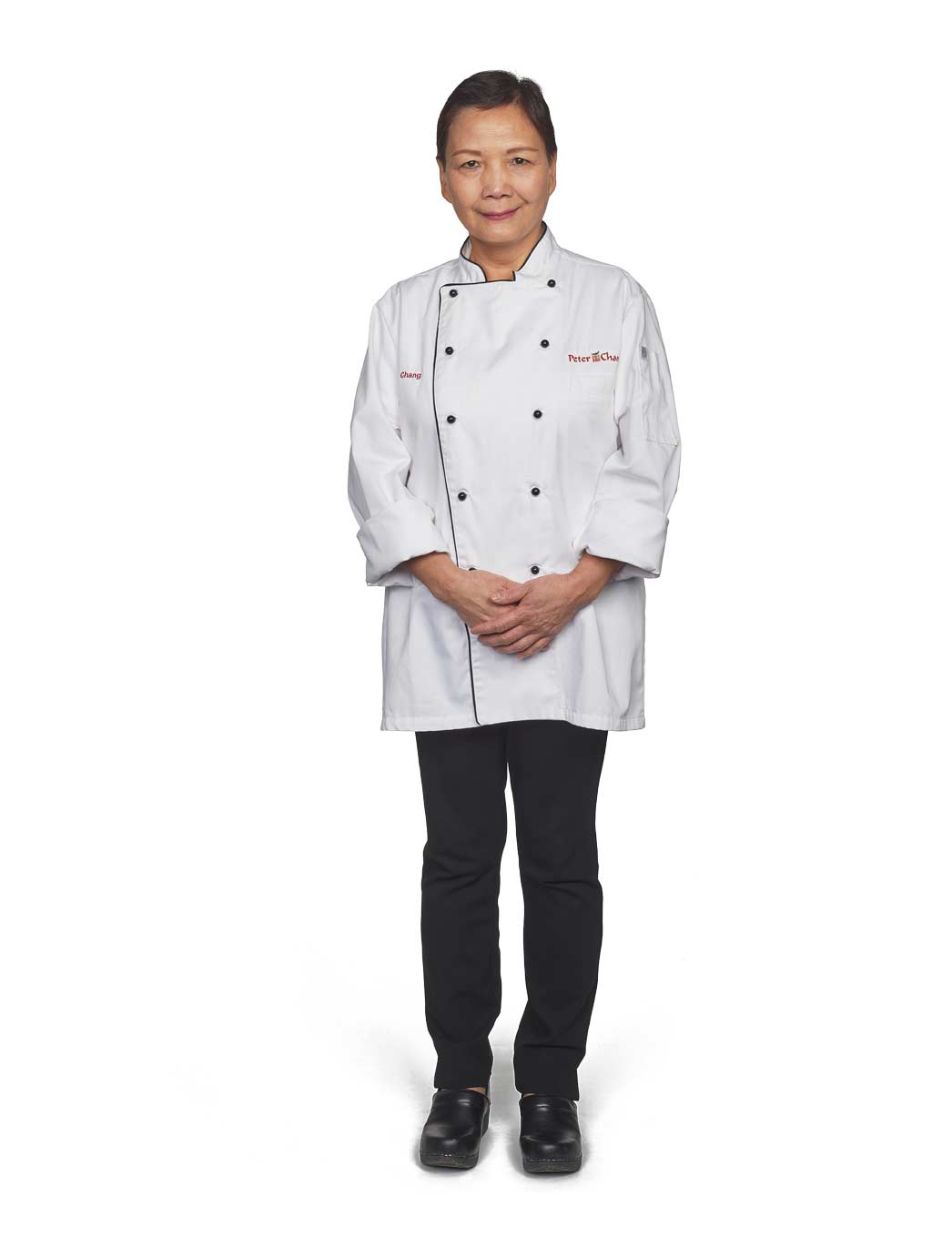 Who taught you to cook?

I started cooking at home very young, at seven years old. My family has six children, and I am the third oldest. While my two older sisters took care of the younger ones, I took care of cooking for the whole family. From the beginning, I was quite sensitive to tastes and found a way to replicate what I tasted in other people’s cooking. After graduating from high school, I was enrolled in an internship to study and work with the pastry masters of Jianghan Hotel [in Wuhan, China].

Do you have a signature dish on the menu?

The bubble pancake with green onions and the tofu skin salad. When I see customers’ eyes light up when food is served, it gives me the most joy: to offer them nutritious Chinese dishes that I love to eat and cook, and to share my passion with them.

Working side by side with my husband, chef Peter Chang. Together we built this business from the ground up.

This article originally appeared in the February 2022 issue of The Washingtonian.

Anna Spiegel covers the restaurant and bar scene in her native DC. Before joining Washingtonian in 2010, she completed the MFA program at the French Culinary Institute and Columbia University in New York, and held various cooking and writing positions in New York and St. John, in the US Virgin Islands.