You may have noticed the jungle that has recently sprung up around the Warwick Arts Center – it belongs to Benugo Bar and Kitchen, the new campus dining spot.

If you’re like me, you’ve probably spent the past few weeks eager to enter this green and inviting establishment, so you can imagine my excitement when my friends and I decided to go there on a Friday night.

It seems that the goal of this restaurant is to demonstrate the veracity of the phrase “never judge a book by its cover”. From the outside, this restaurant is beautiful: with a canopy of cascading plants, mirrored ceilings and an incredible bar. But the reality is aggressively disappointing: bad service and mediocre pizza.

This restaurant’s entire budget was blown on table plants

We were told after queuing for about 15 minutes that the menu was limited to pizza. It was fine, but weird as we saw other dishes being served at nearby tables. However, at this point I was still mistakenly excited and not at all bothered by this limitation of the menu, so I ordered a pizza and a glass of wine, delighted to be drunk and full of bread.

To my unfathomable dismay, my wine never appeared, despite asking for it several times over a 90 minute period. I worked in the service industry so I know first hand the underpaid stress of being a waitress and how sometimes things get overlooked. But surely my one glass of wine wasn’t much of a challenge, especially considering how often I’d asked for it? I felt like they had identified me as an alcoholic and were organizing a united intervention to keep me from drinking.

My friend ordered a mojito which also didn’t arrive resulting in the weirdest interaction of the evening. When we asked where the nine pound cocktail was, the waitress looked taken aback and exclaimed, “We don’t do mojitos. Who told you we made mojitos? We shyly pointed to the drinks menu which read ‘mojitos’ after which she explained to us that they weren’t serving cocktails that day, a Friday night, which would have been good to know when we ordered it an hour and a half earlier.

Another man came to tell us about the mystery of our drinks, and he assured us that if we came back another time and gave his name, we would have cocktails on the house. But we didn’t know his name and we knew we wouldn’t be back another time anyway. Perhaps the most confusing element of this interaction was the woman sitting behind us, sipping contentedly on a mojito.

Disheartened, thirsty and disgustingly sober, we just asked to have our non-existent drinks taken off the bill as by this point we had already finished our food. We decided to take our money to Rootes where we could get a half price bottle of wine. 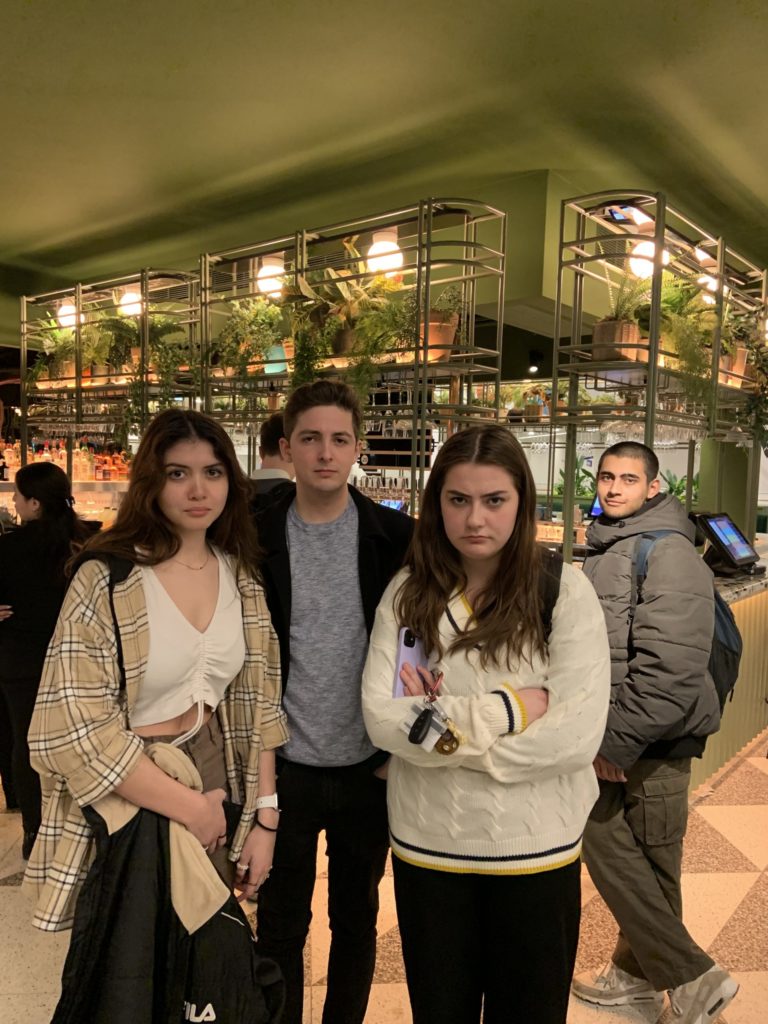 What puzzled me the most about the experience was that the restaurant was at about half capacity and overstaffed, so there was little to blame for our lack of drinks, except disorganization. Getting a waitress’s attention was a constant wild goose chase: they seemed to huddle around the cash register and avoid eye contact like we were going to turn them to stone. We all agreed that we could have left without paying and none of them would have noticed – that way it’s a great place to have dinner if you’re on a tight budget.

At the end of the day, the pizza wasn’t really worth the wait – mostly because it should have blown me away to make up for the time it took to arrive. The dough was a little raw in the middle and it cost me ten pounds and two hours of my life that I will never get back. I recommend visiting Benugo if you are looking to age prematurely due to minor stress. Or if you are a masochist.

Perhaps my experience was unique, this can be attributed to the restaurant not being properly established and the staff still finding their bearings; maybe it was just a bad night at the end of a long week. I’ve heard from other people about positive experiences eating here, so I’d try it for yourself before jumping to conclusions.

Related stories recommended by this writer:

• 8 Warwick Alumni You Probably Haven’t Heard Of, But Definitely Should Know About

• 13 things Warwick students must give up for Lent

• Here’s where you can find mental health support in Warwick