Acacia Mid-Town Restaurant opens in an outdoor plot at Libbie Mill Midtown which is also home to Starbucks and 9Round. (Photo by Mike Platania)

Looking back, Aline and Dale Reitzer began their break from the restaurant industry at the right time.

In January 2020, the couple behind Acacia Mid-Town sold their restaurant building at the corner of West Cary and Robinson streets and closed Acacia the following month.

After turning off the lights of their nearly 20-year-old company, the Reitzers said they still hope to re-enter the industry eventually. A month later, the pandemic hit Richmond.

“We consider ourselves very lucky. The intention was to move Acacia and we were lucky to wait while it all unfolded,” Aline said this week.

Now, about two years later and as COVID-19 cases plummet, the Reitzers are bringing Acacia back — albeit a little further west.

Acacia Mid-Town has signed to reopen in Gumenick Properties’ Libbie Mill Midtown development. The restaurant will occupy approximately 3,700 square feet in an outparcel retail strip anchored by Starbucks at 2363 Roux St. in the northeast corner of the project.

Aline said the interior will be around 1,000 square feet smaller but will be bright and airy, and Dale said the menu, while still in development, will feature many Acacia classics mixed in with new dishes. .

“It’ll be based on a fresher approach and the trips we’ve taken,” Dale said, referring to trips they’ve taken to various parts of Mexico and Florida.

“Lots of fresh seafood, ceviches, roasted whole fish and aguachiles. We try to avoid using so much salt, butter and cream in things. Even I, as I get older, want cooler, lighter things. 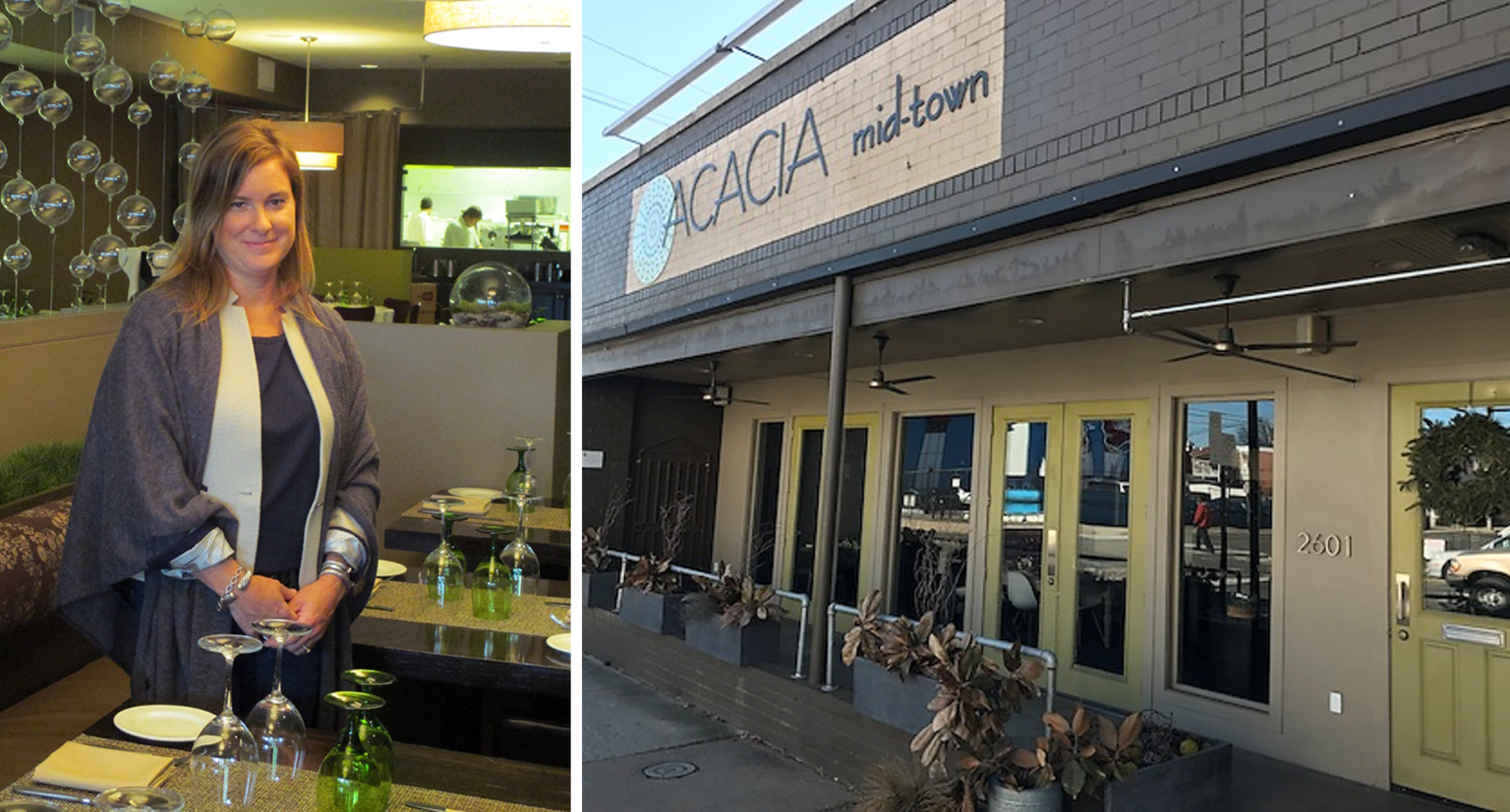 Acacia closed at the corner of Robinson and West Cary streets in 2020. Pictured is co-owner Aline Reitzer. (BizSense File)

The Reitzers plan to open Acacia this fall. He will join a handful of other local restaurateurs at Libbie Mill, including The Stables Market by Steven Gooch and Evan Campbell, Shagbark by Walter Bundy and Crafted by Michael Cohan.

Dale said being around other like-minded restaurateurs was part of Libbie Mill’s appeal and Gumenick vice-president of property management Skip Nash said the developer was deliberately considering a mix of retailers and restaurants.

“We’ve been looking for local retailers for a long time and this fits into that strategy,” Nash said. “We wanted to have a mix of local establishments and national bands.”

This approach is further demonstrated by Gumenick’s recent finalized lease with The Brass Tap, a Florida-based beer bar franchise with dozens of locations nationwide, including one in Williamsburg.

Libbie Mill also recently signed an agreement that will bring Athletico Physical Therapy to the development with a 2,600 square foot lease. It will be Athletico’s first outpost in the Richmond area, joining more than 600 locations in 18 states.

Nash said they were also in advanced discussions with an unidentified tenant who would take about 6,000 square feet. If this deal were finalized, approximately 12,000 of Libbie Mill’s 200,000 square feet of retail space would remain available for lease.

Peter Vick and Harrison Hall of Colliers International have the roster and have replaced Gumenick in all recent trades.

Back in the Fan, Acacia’s former space has since been reborn in The Coop, a ghost kitchen concept by local chef Mike Ledesma.